Mojacar has a beautiful 17km of coastline which goes from Marina de la Torre (just in front of the golf court), to Rambla de la Granatilla, in the outstanding village of Sopalmo, just few minutes far from Cabo de Gata Natural Park- Níjar. Mojacar is popular because of its pristine and touristic beaches, for those who want to relax as for those who want to dance and have a few drinks. These beaches have fine and golden sands, and its water is crystalline and shallow. They have been awarded the blue flag by the European Foundation. Among these beaches stands out Playas de Marina de la Torre, El Descargador, El Cantal, La Cueva del Lobo, Las Ventanicas y Venta del Bancal. Enjoy the proximity to these stunning beaches staying at Las Gachas Holiday Cottage. The bathing season starts on June 15th and ends on September 15th; during this period the lifeguard service is working from 11.00pm to 19.00pm. 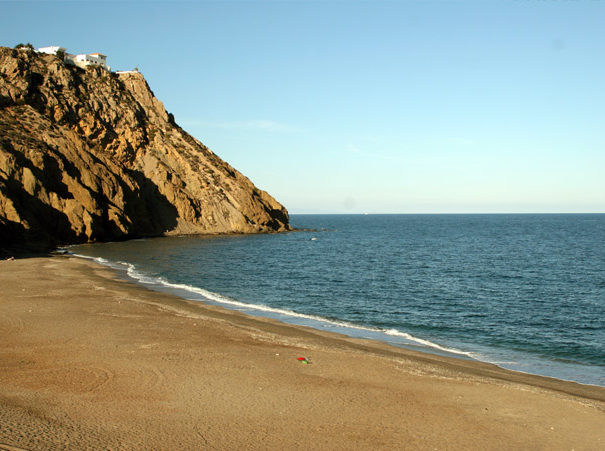 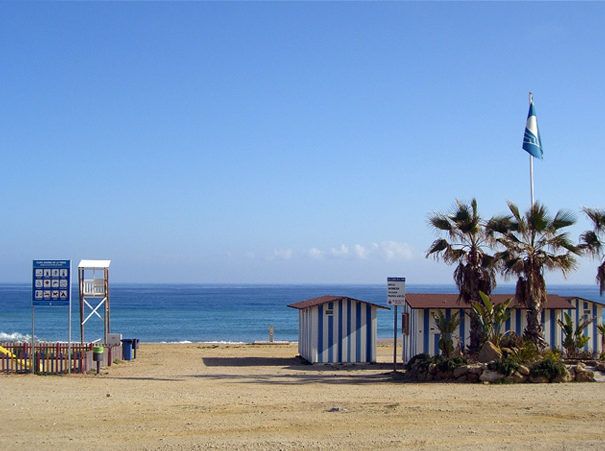 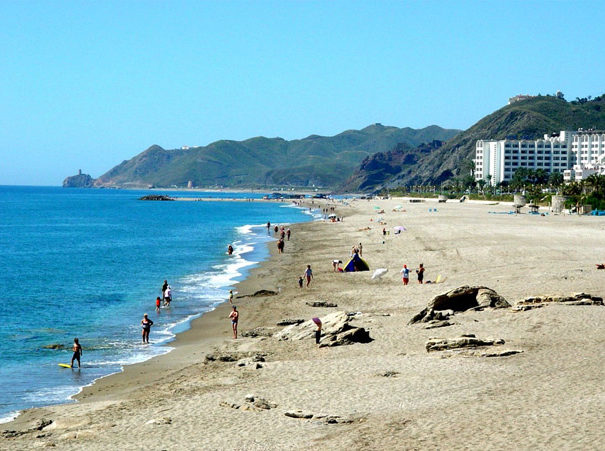 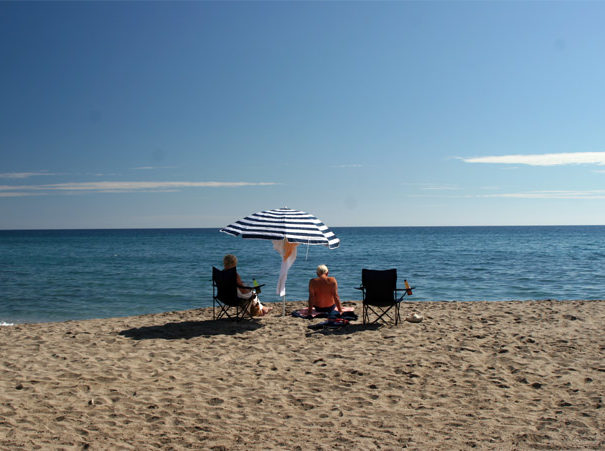 It is the first beach we find in Mojácar, coming from the east. It has a great 18-hole golf course. It is located next to the protected area of Laguna del río Agua. It is a beach with medium-grain, grey sand. Services: disabled access, lifeguard service, amphibious chair, changing rooms with showers, hammocks, children’s playground and water sports. It has been awarded the blue flag by the European Foundation in 2013.

A protected area of great ecological value. Lakes formed by the mouth of the Aguas river. In here, many birds live, especially water birds. Habitat for amphibious. It is characterized by its complex plant life, predominantly by reedbed and rushes.

It is a residential area next to the mouth of the Aguas river. It is a beach with medium-grain, grey sand.

It is a quiet residential area. It is a beach with medium-grain, grey sand.

The name of the beach refers to an old mineral loading which has now disappeared. It is a beach with medium-grain, grey sand. It has been awarded the blue flag by the European Foundation in 2013. Services: disabled access, lifeguard services, changing rooms and toilets, children’s playground, mini golf court and snack bars.

The name of this beach refers to the rocky structure which is embedded over its sands, the beautiful Villazar rock. It is a familiar beach. It is a beach with medium-grain, golden sand. Services: disabled access, lifeguard services, changing rooms and toilets, children’s playground, hammocks and snack bars. This beach has been awarded the blue flag by the European Foundation in 2013.

Located in an accessible and well-connected area, this beach is surrounded by many services and leisure opportunities. It is a beach with medium-grain and clear waters; it gives comfort.

It is a beach with high number of visitors, full equipped with sanitary, leisure and sporting facilities. Over its sand, we find a great stone called Piedra del Cantal, in front of the campsite. Services: changing rooms with showers and toilets, lifeguard service, hammocks and snack bars.

It is a magnificent long sandy beach which name refers to the fishing activity that disappeared from these places and later on, it was placed to the nearest fishing port. It is very visited by locals and tourists, thanks to its easy access. Enjoy your holidays practicing some water sports.

The name of this beach refers to the first buildings developed in this area around the 60s. Here was located the house of a famous pianist, called Cueva del Lobo. A beach easily accessible with highly favorable conditions for leisure and relax.

It is a wide sandy beach. It is easily accessible and well connected. It is located between Cueva del Lobo beach and Venta del Bancal beach. It offers a wide variety of leisure and holiday activities. Services: accessible, lifeguard service, changing rooms and toilets, amphibious chair, hammocks, water sports and snack bars.

It is the first urbanized area of the whole coast. Its name refers to the ancient trading place which was located here. Next to this beach, there are some beautiful cliffs to visit. It offers a wide variety of leisure and holiday activities. It is a long beach with fine sand. Services: accessible, lifeguard service, changing rooms and toilets, amphibious chair, hammocks, water sports and snack bars. It has been awarded the blue flag by the European Foundation.

Macenas beach was given its name because of the tower which was built during the Reign of Carlos III. It is a calm beach, rarely visited by tourists; ideal place to take a rest. Here, there is a snack bars.

Protected beautiful beaches to visit during your stay at Las Gachas Holiday Cottage. These beaches very respectful with the environment in order to keep alive its natural beauty. Be sure not to miss the protected beaches.

Do you want to make a booking?
BOOK NOW

Send us an Email

Send us an email to: info@lasgachas.com